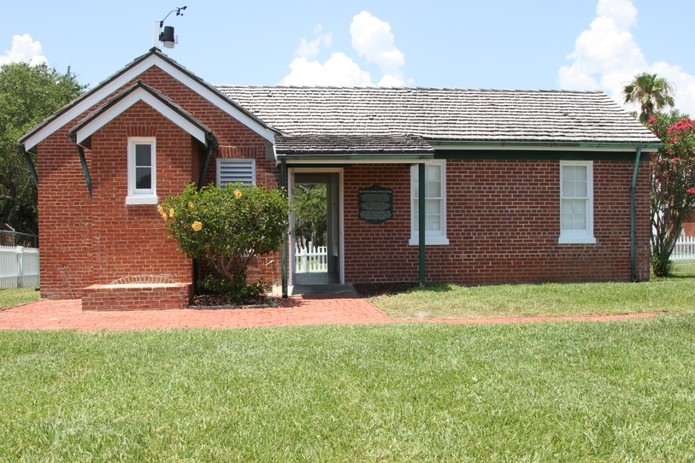 Completed in 1887, this building was originally the woodshed and privy for the first assistant keeper's family. As with all the dwellings, a bathroom with indoor plumbing was installed on the first assistant's porch in 1921 and uses for the outbuilding began to change. 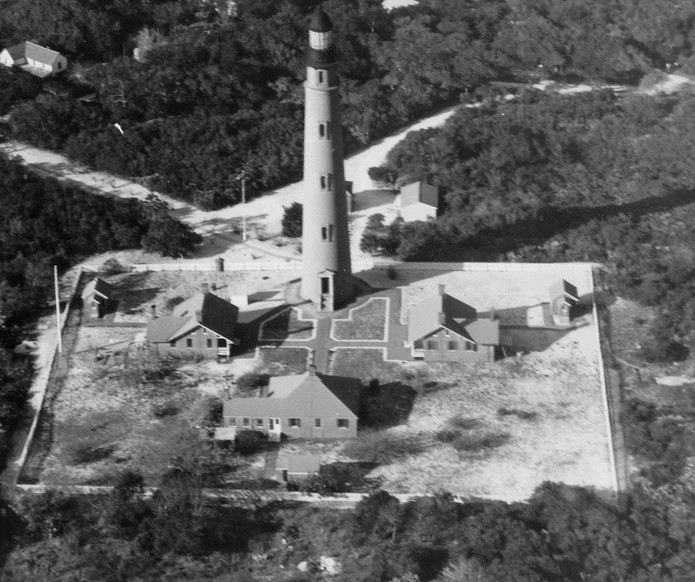 In the upper left hand corner of the lighthouse reservation, you can see the first assistant keeper's privy/woodshed before it was enlarged to accommodate a radio beacon room.

In 1939, as the Coast Guard took over the Lighthouse Service and began to plan for possible involvement in a growing global conflict, the woodshed portion of the building was used to house generators that provided power to the light station and to a new radio beacon that was established in the large bedroom of the first assistant dwelling. Two generators to power the radio equipment were installed in the woodshed. A ventilating system was added in the woodshed ceiling, and a ventilating entrance door was also installed.

By 1943, it became clear that the radio beacon required its own special location and an addition was made to the north side of the woodshed to accommodate all the equipment.  By that time it was likely that the building had come to be known as the generator building, and today one of the two early generators still remains on its original concrete pad in the woodshed room.  A second generator, the one on the east side of the room, is similar to the model that was used there during the 1940s.  In 1946, the Florida Power Company (now known as FPL) installed electrical utilities in the area, and Ponce Inlet officially went "on the grid." 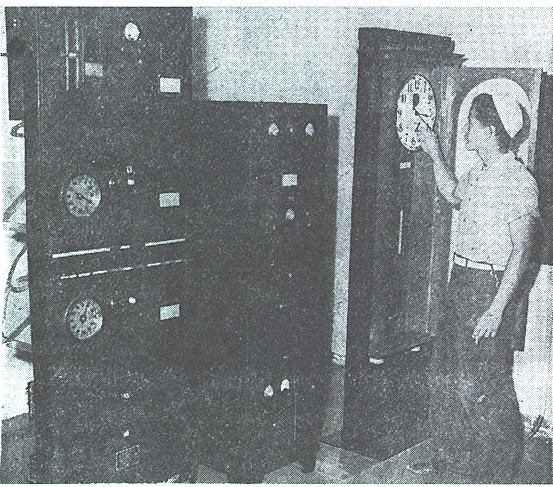 In 1952, the radio beacon was discontinued, and by early 1953 resident keepers were no longer needed at the light station. Men from the Coast Guard Station on the south shore of Ponce Inlet came from time to time to perform any needed maintenance, but by the early 1960s, the light station was nearly abandoned.

Once the gift shop was relocated, the generator building was used for a new project as the conservation lab for artifacts from the wreck site of the steam tug Commodore. The location of the shipwreck was about 13 miles off the coast of Daytona and a number of items had been retrieved by local divers. The wreck was famous for its history as a filibustering (or gun-running) ship delivering arms, supplies, and men to aid the revolution of Cuban citizens against Spanish dictatorship. Aboard the Commodore was American author Stephen Crane who wrote a famous short story, "The Open Boat," about his experience of being shipwrecked and saved by rowing in a small boat towards the lighthouse beacon at Mosquito Inlet. An exhibit about the Commodore can be seen in the principal keeper dwelling.

Today, the generator building houses the radio room exhibit which includes information and artifacts relevant to the role of the lighthouse in both world wars. The generator room is still much as it was during World War II with artifacts dating back to the early 1930s. 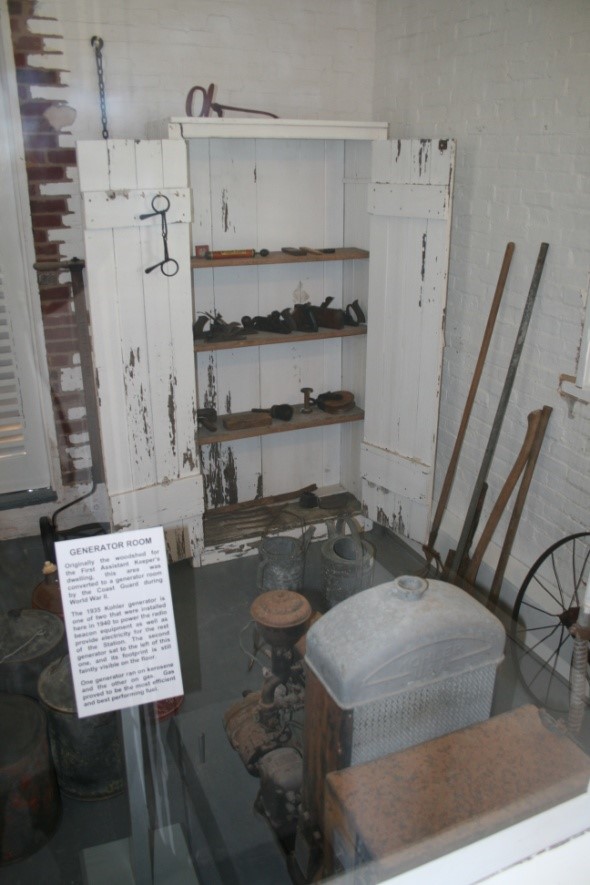 The first assistant keeper's woodshed was converted into a generator room prior to World War II.
Sign Up
For Our eNewsletter