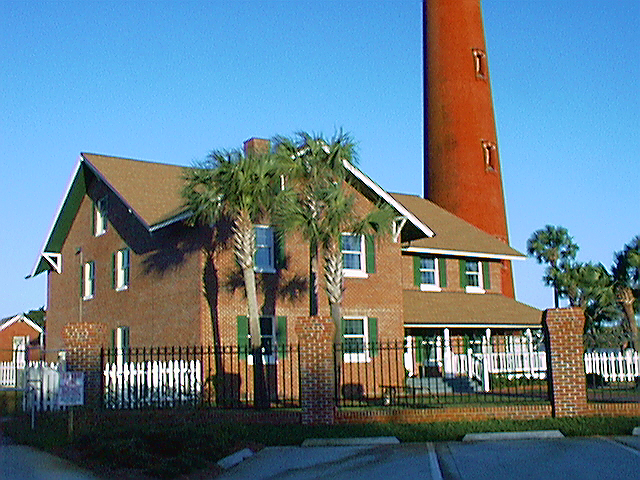 This building is named in honor of Ann Caneer, the first executive director of the Ponce de Leon Inlet Lighthouse Preservation Association.  Ann's contributions to the preservation of the light station are immeasurable.  Ann came to Ponce Inlet in 1970, and she was instrumental in gathering together a group of volunteers who worked tirelessly to clean up and preserve the lighthouse site. She worked as a volunteer for nearly 15 years before the Preservation Association appointed her to the directorship of the museum and she began to receive a salary.  Under Ann's guidance, the museum received National Historic Landmark status in 1998. Ann was also able to locate and arrange the return of the two original Ponce Inlet Fresnel lenses – the first order fixed lens that was installed in 1887 and the rotating third order lens, installed in 1933.  Also during Ann Caneer's tenure, the lighthouse staff led the way in reviving the lost arts of Fresnel lens restoration and repair. 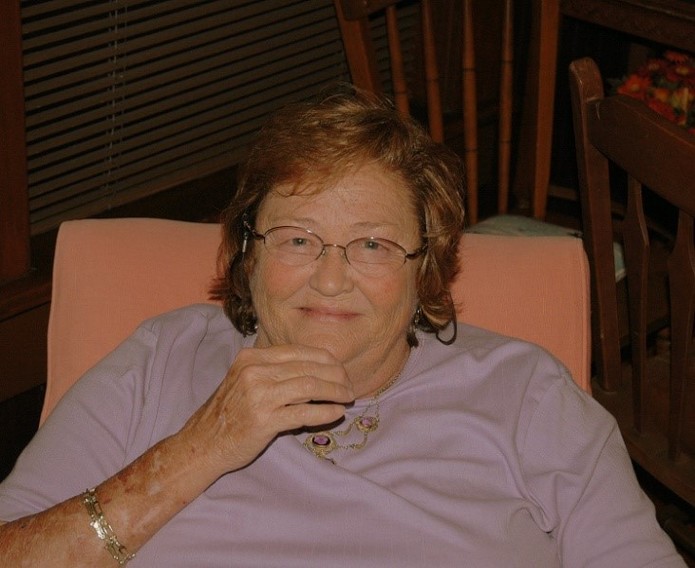 Ann Caneer, the first executive director of the museum.

Although it's a modern building, the gift shop's architecture may look right at home next to the 1887 buildings.  That's because it was derived from a set of plans drawn in 1885 for a two-story two-family dwelling to be located at Mosquito (Ponce) Inlet.  The idea was to house both assistant keeper families in one building.  One family would live upstairs and the other down.  These two families would share a single kitchen.  This plan had been tried at other light stations, and the living arrangement led to more conflicts between keepers than anyone wanted to perpetuate.  By the time the light station at Mosquito Inlet was constructed, the plan had been scrapped in favor of twin brick dwellings.  Many years later, when the need for an entrance building became apparent, the old plan was resurrected and became the basis for the building you see today. 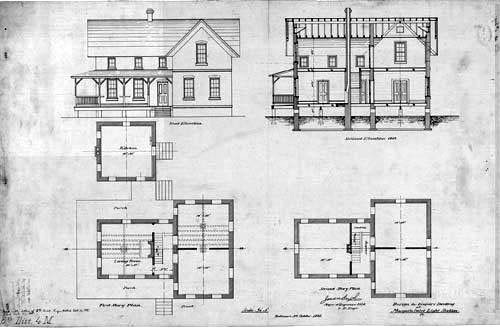 Plan for the two-family keeper dwelling, 1885.

On the first floor is a gift shop filled with souvenirs, jewelry, glassware, clothing, books, games, educational toys, and much, much more. If it's lighthouse-related, it's here!  Notable among these prizes are the Nelly the Cat book and related toys.  Nelly is the famous black and white cat who carries on the tradition of cats as the pets of choice at many lighthouses, including this one.  If you are lucky, you may get a sighting of the real Nelly.   Nelly often sends her representative to area schools participating in the Reading Across America program. 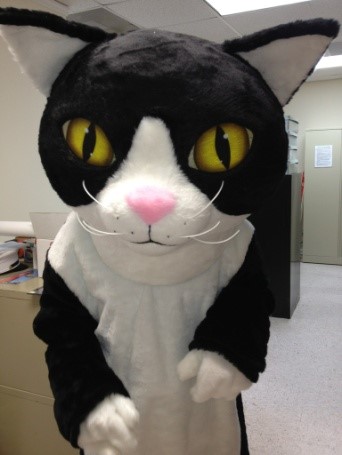 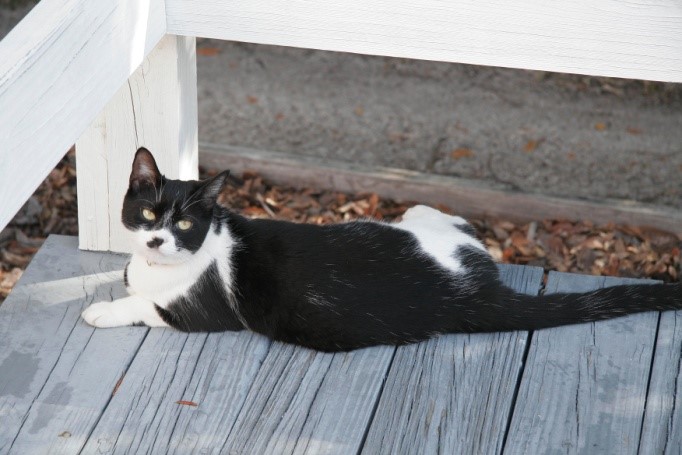 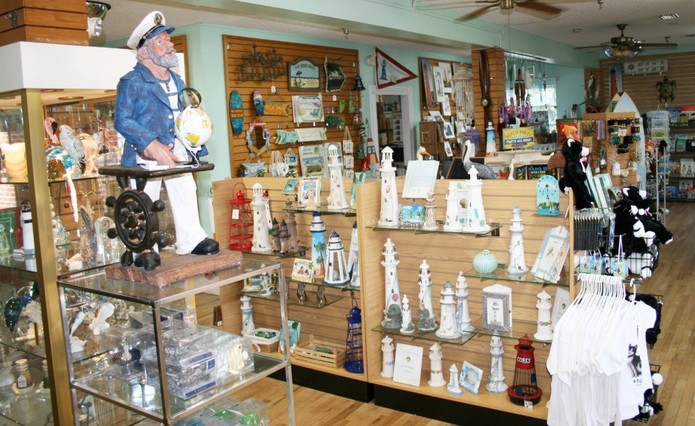 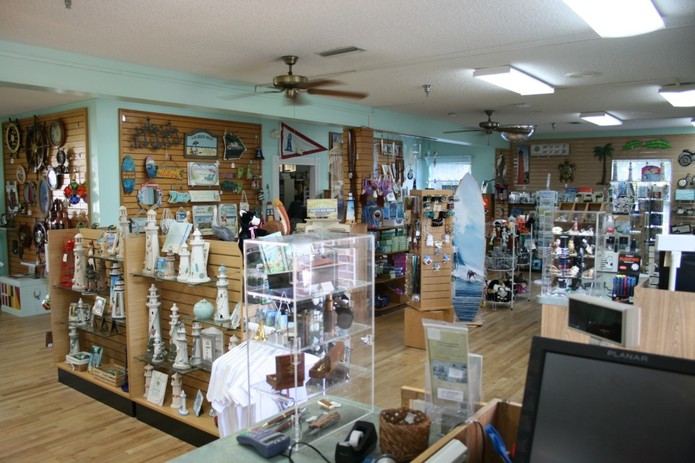 The second floor of the gift shop is devoted to offices, a catering kitchen, and a large conference room.  The third floor is storage.

As you exit the gift shop and walk to the historic grounds, you will see a walkway of memorial bricks, and these may be purchased in the shop or online.  They are a great way to honor a loved one or commemorate a special event.

The white picket fence that surrounds the historic area has been there in one form or another since the station was constructed.  The first fence was barbed wire and encircled the entire property.  Shortly after the station opened in November of 1887, the picket fence was installed around the dwellings and tower.  In 1913, the wooden posts of this fence were replaced by concrete, and many of those are still standing. 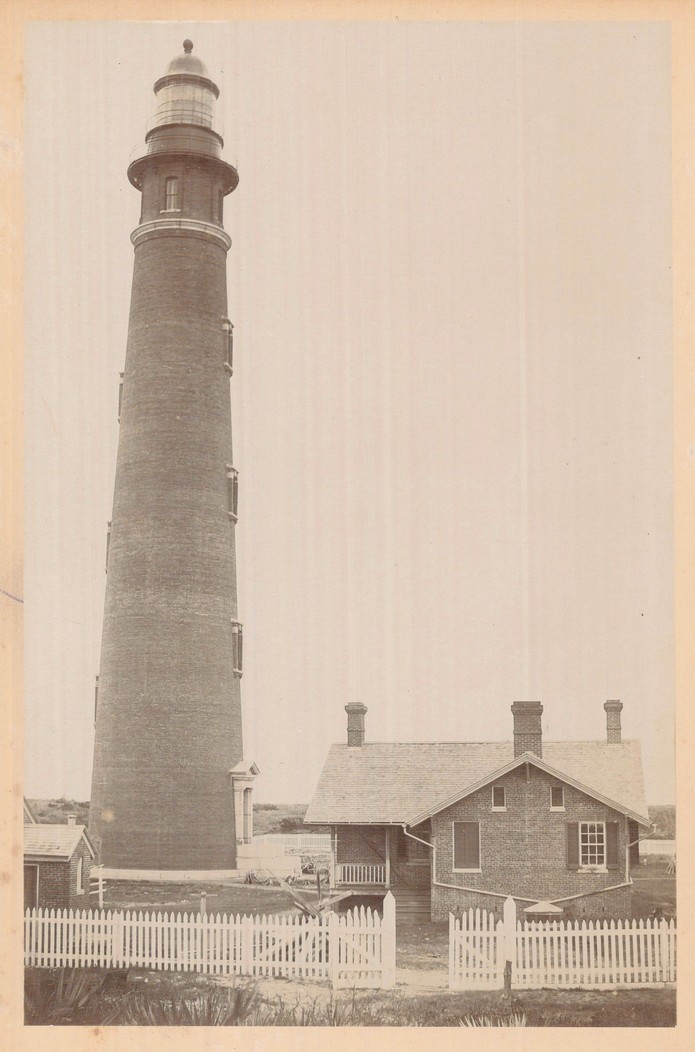 Once you pass through the white picket fence, you have stepped back in time to the 1887 light station.  All the buildings inside this enclosure are original, and only one historic building is outside the fence line.  That building is where the kerosene fuel for the lighthouse beacon was stored, and it was kept far away from the other buildings in case of fire.  There are also several modern buildings outside the historic area including the entrance and gift shop, the administration building, the lens exhibit building, and a combination restroom and vending building. 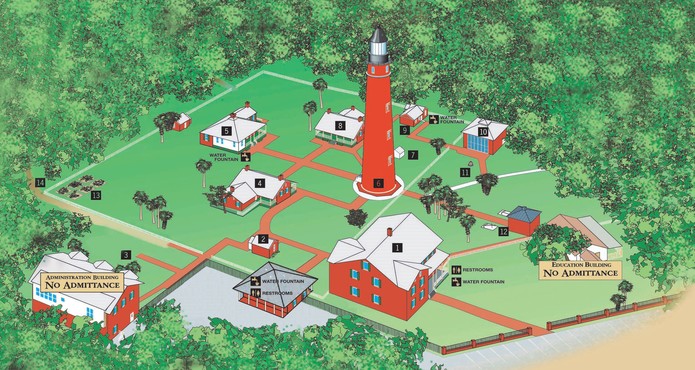 The Oil Storage Building is the small structure to the right of the tower and the only historic building located outside the white picket fence.