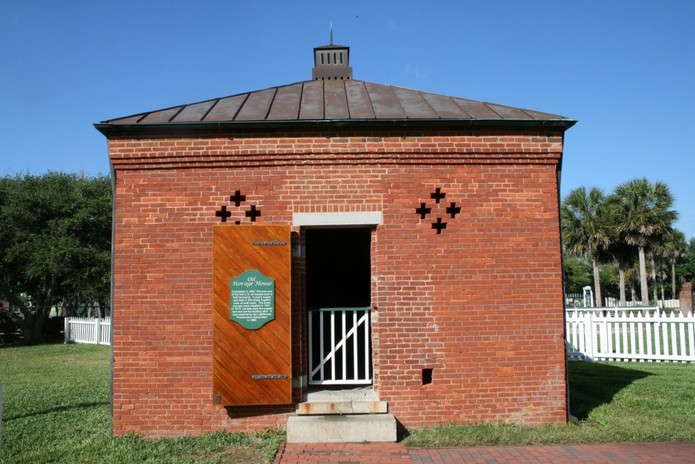 During the time that plans were being made for the new light station at Mosquito Inlet, kerosene was still a relatively new fuel.  The stability of this product was not totally understood, especially as to how kerosene fumes would behave in the hot Florida climate.  The oil storage building for the new lighthouse was located outside the station's picket fence and far enough away from the tower and dwellings to prevent disaster if the kerosene were to somehow ignite.  The building was one of the largest oil houses ever built by the Light-House Establishment and a special ventilation system was included to keep the structure safe. The actual construction did not begin until January of 1887 and the building was completed in July. 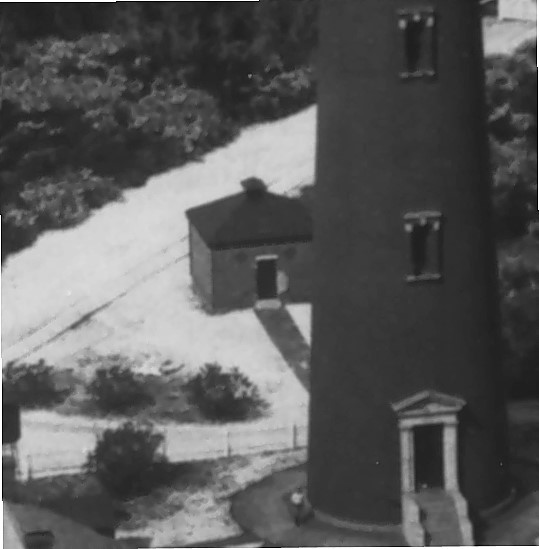 Historic pictures of the oil house are rare.

The oil storage building was constructed of brick with a tin roof and a concrete floor.  The floor had a central drain for ease of cleaning.  Wood shelves to accommodate 600 5-gallon boxes of kerosene were constructed.  The boxes contained two tins holding 2 ½ gallons each. Instructions for handling the fuel were very specific and designed to avoid any sort of contamination that might damage the lantern apparatus.  The kerosene was to be transferred from its storage tin to a brass fuel can that would be carried up by hand to the tower's lantern room every night.  The entire amount needed for a single night was transferred all at one time and, for added safety, no extra fuel was stored in the tower. 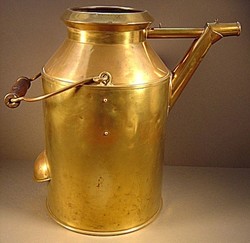 This brass can was used to transport kerosene up into the tower lantern room.

Original to this lighthouse is a Standard Oil five-gallon kerosene shipping container. 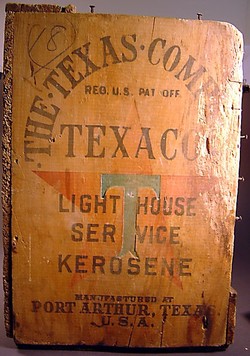 The kerosene was provided by Texaco, Standard Oil, and by Orange State Oil. When the light station was activated in 1887, there were no paved roads from Daytona to the lighthouse, so all the fuel and other supplies arrived by boat until 1916, when a road paved with shells taken from nearby Native American shell mounds joined the Mosquito Inlet area with Daytona.  It was then possible to receive deliveries of oil by truck.  In 1925, a new concrete floor was laid over the original floor in order to support two large oil tanks that were to replace the shelves with their many tins of kerosene.  Unfortunately, in 1927, a strong storm destroyed the building's roof, and the new oil tanks had to be replaced.  These 1927 tanks are still in place today. 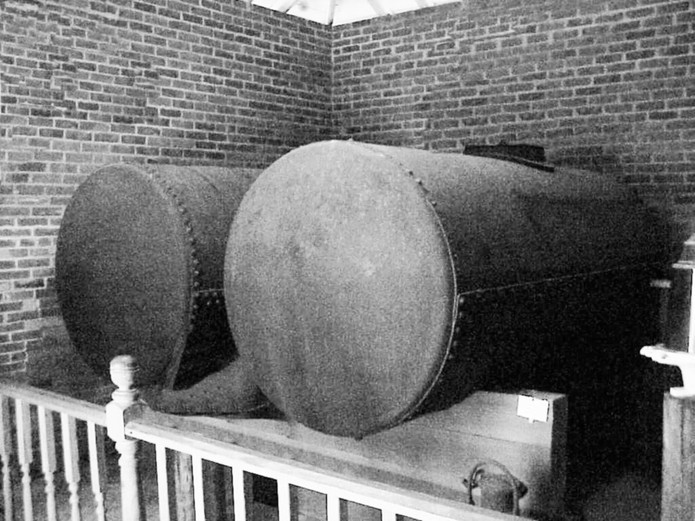 These large oil tanks are the second set of tanks that were installed in 1927.

The oil house is the only building at the light station to suffer severe vandalism.  In 1970, vandals partially burned the structure, destroying the roof, and damaging the upper courses of brick.  The copper cladding for the building's door was stolen and the door itself was burned.  In 1989, the Preservation Association restored the building, using original bricks taken from the oil house walkway.  The building underwent further restoration and repair of the brickwork in 2015, and in 2019 the oil tanks underwent conservation and recoating. 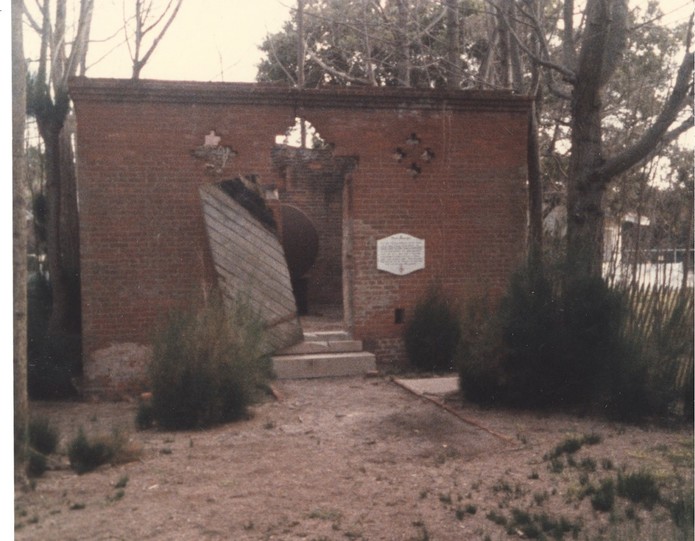 The vandalized oil house before its 1989 restoration. 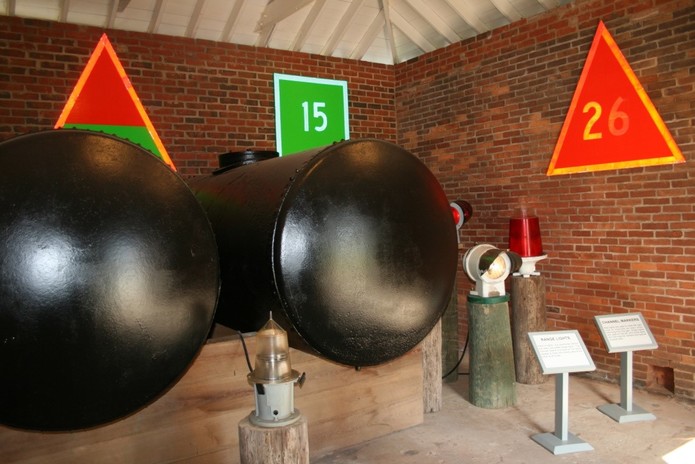 Today, the building features a display of minor aids to navigation including range lights, buoy lights, and day boards.