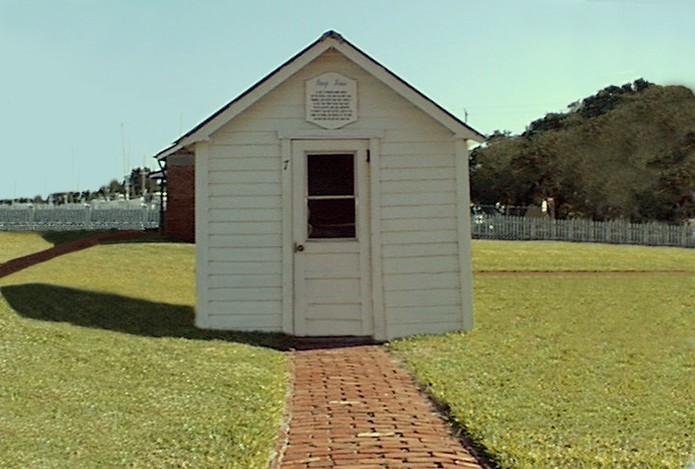 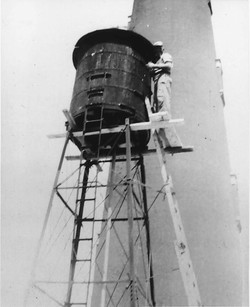 The Coast Guard expanded the pump house at some point during their tenure, possibly before 1945.  The initials JVC were inscribed into their addition to the concrete floor.  Jesse V. Conatser was a Coast Guardsman who was first posted to the lighthouse before December of 1943 and remained there until about 1945, so his initials and their date give an indication of when the enlargement of the pump house was made. 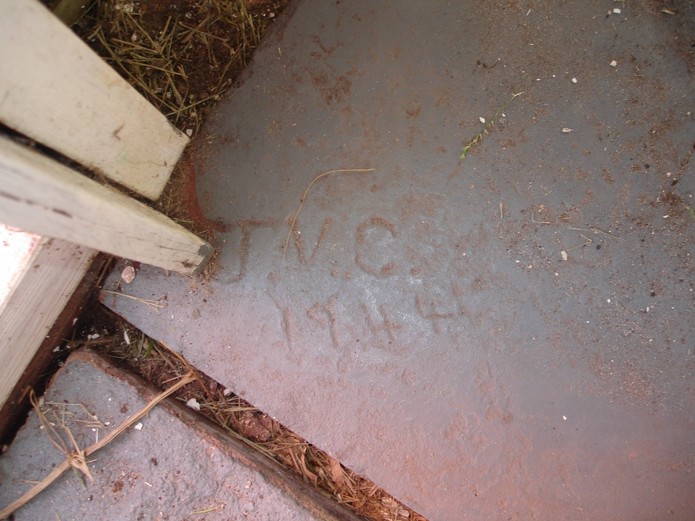 The little wood pump house had a tin roof, a window on the west wall, and a solid wood door that may have been painted dark green.  Few historic pictures remain of this structure, and it was probably not considered important enough to photograph.  The wood siding made is susceptible to water damage, and numerous replacements for siding and the roof were necessary as the years passed.

In October of 2016, the building suffered its worst disaster as Hurricane Matthew blew it apart, leaving only the original foundation slab with its Coast Guard extension.  Preservation Association staff reconstructed the building to its Coast Guard years appearance, and the well, with the addition of a modern pump, is still in use. 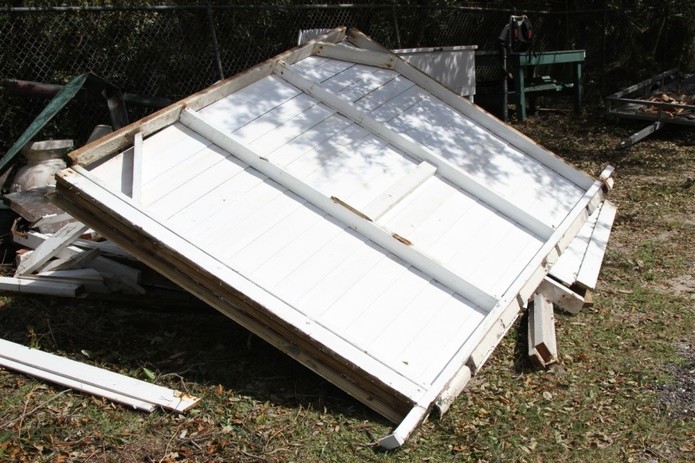 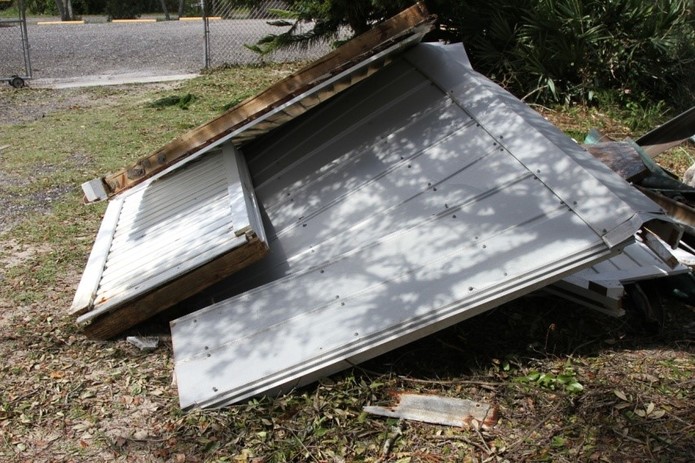 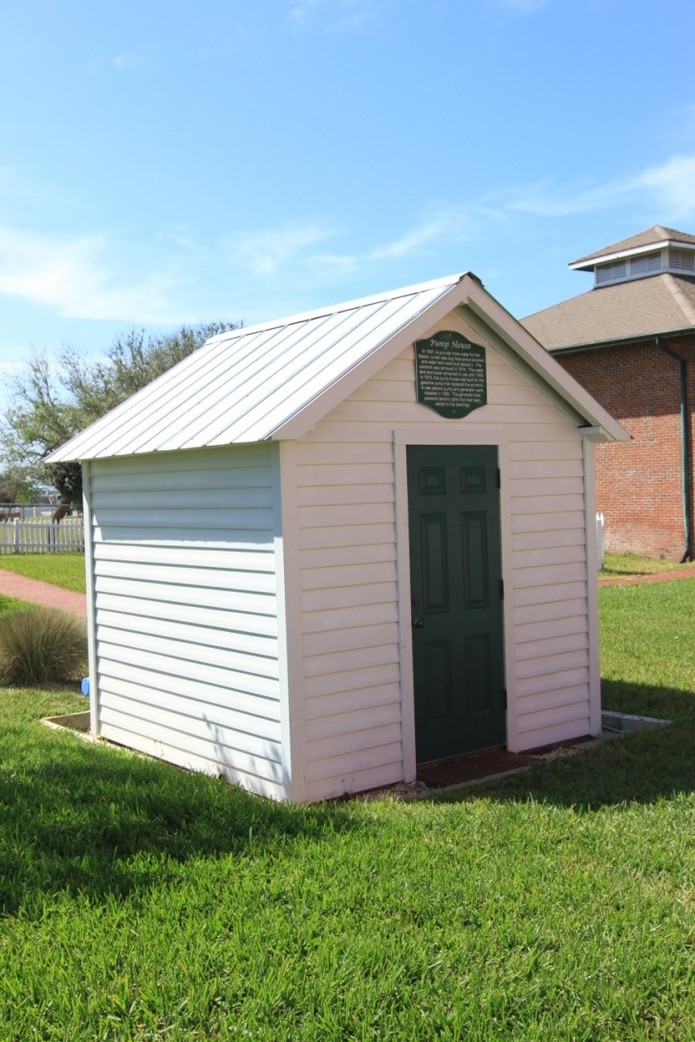 The pump house is now restored to its 1940s appearance.