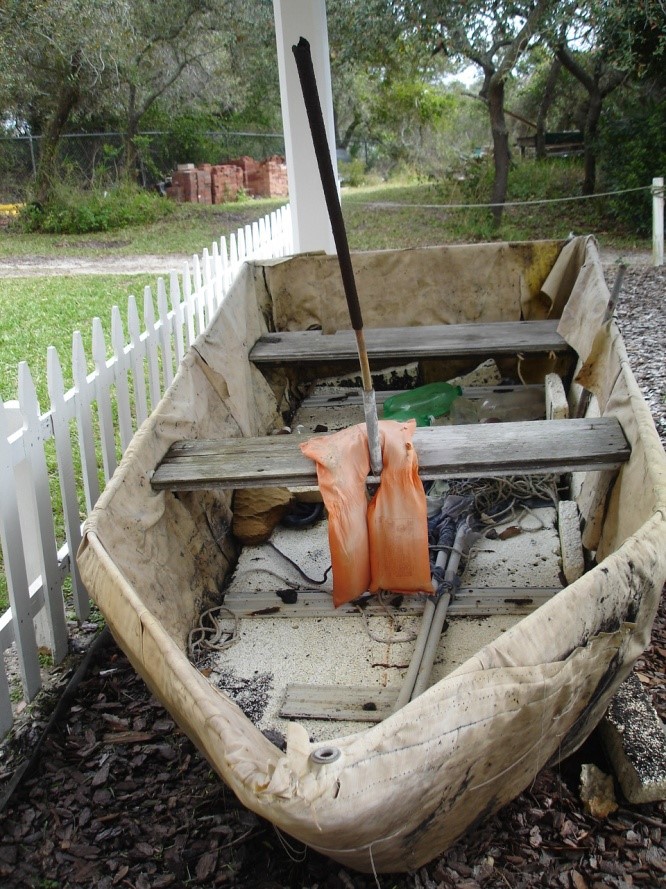 Refugee raft, 1989. The life preserver indicates that the US Coast Guard intercepted this raft and picked up those aboard.

It is not unusual for refugee rafts from Cuba to come ashore in Volusia County near the lighthouse.  This has been happening for many years and is testimony to the fact that the freedoms and opportunities in the United States are such powerful incentives that people are willing to cross 90 miles of open ocean in these fragile vessels.

The raft dated 1989 and its companion which came ashore in 1996 differ from the other rafts in that the others are all engine powered.  Prior to 1995, refugees on rafts were really not expecting to cross the entire distance.  Instead, they hoped for rescue and transportation by the United States Coast Guard.  In 1995, a revision of the Cuban Adjustment Act changed the immigration policy.  The United States would no longer admit refugees found at sea, and refugees intercepted at sea would be returned to their place of origin.  However, if the refugees were able to get to the US shore and come onto dry land, or if they took an overland route, they would be able to qualify for permanent resident status.  This came to be known as the "wet foot, dry foot" policy, and Cubans began to build motorized rafts that would get them all the way to the United States. 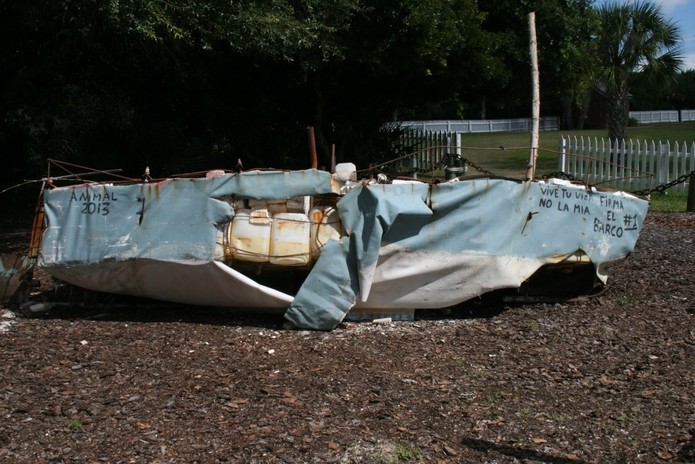 A raft bearing the name Animal 2013 came ashore in September of 2013. It is six feet wide, about 16 feet long, and has a coated canvas skin over a welded metal frame.  The frame is filled with plastic containers that may have once held water or fuel for the Geely automobile engine that powered the raft.  The containers would have also helped float the raft, along with many sheets of Styrofoam that were installed under the raft's Masonite decking.  There is also an attachment for a mast and sail.

Also on display is a very unique raft that came ashore in 2015.  It is a pontoon style construction with a wood and canvas center.  The engine is from an old Chevy or perhaps from a tractor. Abandoned Cuban rafts continue to float ashore on Florida beaches, and when they are found in Volusia County, the museum tries to acquire them for display. 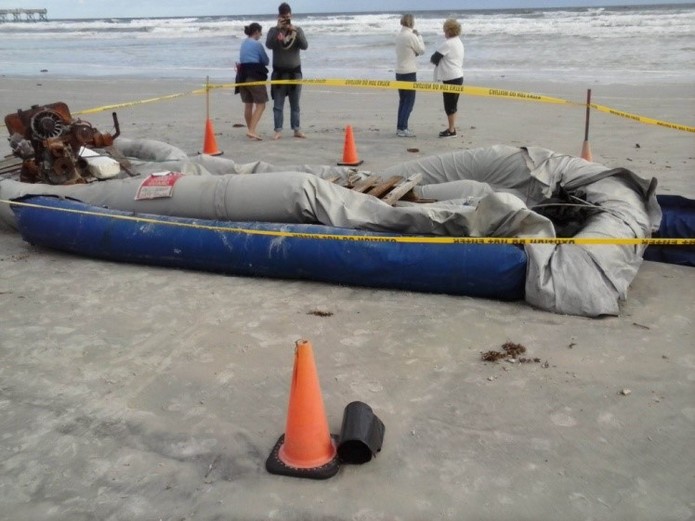 The 2015 raft on the beach near the lighthouse.

The 2015 raft was extremely heavy and awkward to move! 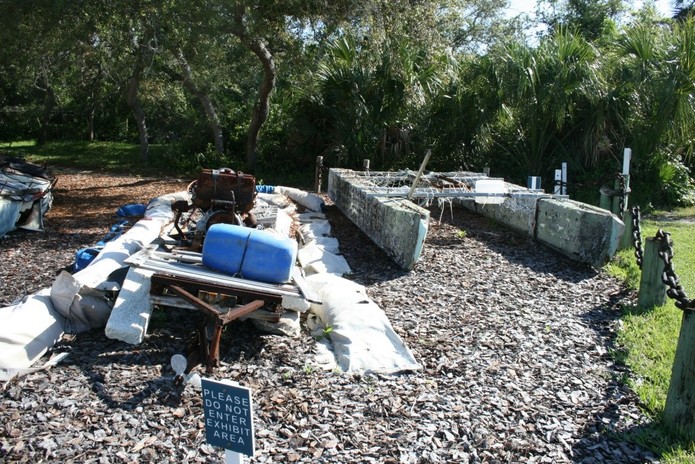 Rafts in their new home.

Government policies towards Cuba and Cuban immigration continue to evolve. Relations are not as open at present as they were during the previous administration, but the restrictions of wet foot, dry foot have not been revived as of May 2019