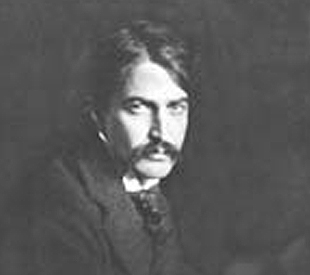 Stephen Crane was a prolific writer of fiction and poetry, whose realistic style influenced American literature for many years after his death. However powerful his writing was, his own life story was every bit as dramatic.

Crane was born in Newark, New Jersey on November 1, 1871. He was the fourteenth and last child of a Methodist minister, Dr. Jonathan Townley Crane. Dr. Crane's various church appointments led the family to Paterson, New Jersey and to Port Jervis, New York, a town that would provide the setting for some of Stephen Crane's short stories and the novel The Third Violet. When Dr. Crane died in 1880, his widow moved the family to Asbury Park, New Jersey. As a child, Crane had been fascinated with military history, and from 1888-1890 he attended Claverack College, a military school. He also briefly attended both Lafayette College and Syracuse University, but academics held little interest for him, and he was known mainly for his abilities on the baseball field. During his only semester at Syracuse in 1891, he failed five of six subjects, receiving a single A for English Literature. His companions reported that he was a frequent visitor to the local brothels and gambling halls.

A Rough and Vagabond Life

In 1888, Crane's brother hired him to work as a reporter for a news agency in Asbury Park. Crane enjoyed this work, and journalism would continue to be a principal means of support for him throughout his life. Crane also developed his fiction-writing abilities early in life, and while he was at Syracuse University he wrote the novel Maggie: A Girl of the Streets. Unable to find a publisher for this grimly realistic work about a young girl forced into prostitution, he borrowed the funds to self-publish it under the pen name "Johnston Smith." With the death of his mother and his failures at Syracuse in 1891, Crane moved to New York City where he worked as a free-lance reporter, lived a rough and vagabond life, and by some accounts nearly starved.

In 1895, Crane published his masterpiece, The Red Badge of Courage, an unromanticized look at the American Civil War that has been called the first modern war novel. Crane's editor at the New York Press gave the new celebrity a chance to see a real war by offering him the opportunity to cover the conflict in Cuba between the Spanish government and the Cuban freedom fighters. 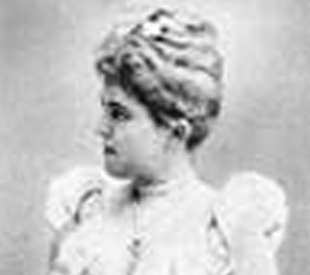 In November of 1896, Crane arrived in Jacksonville, Florida, where he would search for a suitable vessel to take him to Cuba. It was there that he met Cora Howarth Stewart, alias Cora Taylor, who was the madam at the Hotel de Dream. One of Crane's journalist friends introduced the couple, and she, by chance, had just been reading his novel George's Mother. When she presented the book to Crane for his autograph, he inscribed it "To an unnamed sweetheart." This meeting was the beginning of a love affair that would last until Crane's death in 1900. 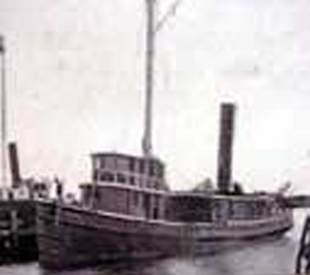 Crane and the S.S. Commodore

One evening at Jacksonville's St. James Hotel, Crane met Edward Murphy, captain of the steam tug Commodore, a gun-running or filibustering ship that was considered by some to be the best of the smuggling ships that regularly went to Cuba's aid. Crane signed on as an able seaman as a cover for his real mission as a reporter. The ship set out on December 31, 1896 and sank in heavy seas the following night. Crane, the injured captain, and two other sailors found themselves in a lifeboat about 12 miles off the coast of Daytona Beach. Seeing the beacon from the lighthouse at Mosquito Inlet, the men were able to guide the boat to shore. One of Stephen Crane's most famous short stories, "The Open Boat," was based on this terrifying experience.

Cora Taylor became Stephen Crane's companion and fellow journalist. She traveled with him to cover the Greco-Turkish War in 1897 and the Spanish-American War in 1898. Crane and Cora settled in England in 1897 and were well-known in literary circles for their lavish parties and extravagant lifestyle. Plagued by debts and tuberculosis complicated by malaria, Crane died at a spa in Badenweiler, Germany. He was only 28 and his career had lasted a mere 8 years. Cora Taylor returned to her old life in Jacksonville. She died in 1910. Although there is no record of a marriage, she had insisted that her tombstone read "Cora Crane." 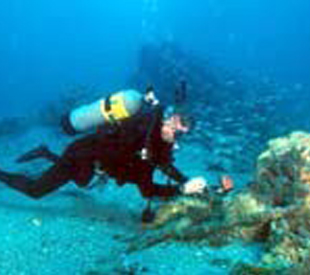 The S.S. Commodore is Found

In the early 1980s, Elizabeth Friedmann, a professor of English at Jacksonville University, became interested in the whereabouts of the Commodore shipwreck. She contacted well-known Daytona Beach diver Don Serbousek to see if he would be interested in searching for the ship. By coincidence, he had already been diving at a wreck site some 12 miles off the Florida coast that had a cargo of Remington rifles and other items that matched the Commodore's manifest for her last voyage. Archaeological investigations have confirmed that the site is indeed the Commodore.  An exhibition concerning the filibustering ships and featuring artifacts from the Commodore is currently on view at the museum, in the principal keeper's dwelling.