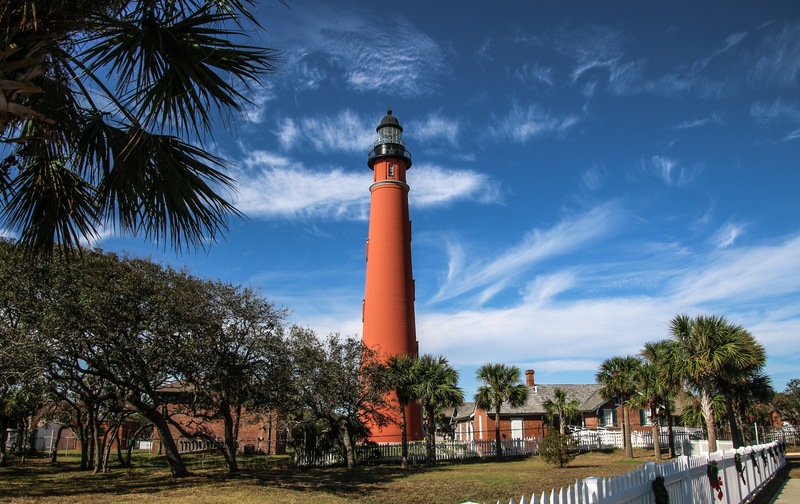 Enthusiastic about uncovering the past? There’s so much to enjoy about learning all the stories of decades and even centuries gone by – and the local area surrounding Ponce Inlet has so much history to share! From Native American roots to present day, windows into local history exist for every interest, and there are plenty of local organizations prepared to show you their expertise firsthand. Not sure where to start when looking for things to do in Florida? Here are some notable historic favorites that deserve to be next on your list.

When you’re near Bethune-Cookman University in Daytona Beach, be sure to pay a visit to the home and gravesite of notable educator and African American political activist Mary McLeod Bethune. Bethune is known as an educator and for her political leadership on behalf of African Americans. She was appointed to government service by President Franklin Roosevelt. The home’s guest bedroom was visited by first lady Eleanor Roosevelt, and the home was declared a National Historic Landmark in 1974.

The Casements in Ormond Beach, which is now open to the public, was originally the winter residence of Standard Oil magnate John D. Rockefeller. It is listed on the National Register of Historic Places and designated as a Florida Heritage Site. Built in 1913, the building was named after its casement-style windows. Rockefeller purchased the home in 1918, hoping the healthy environment would aid in his desire to live to be 100. The home contains a gift shop and restored rooms with artifacts for viewing, giving regular tours.

The Historic Racing’s North Turn, a popular restaurant and bar in Ponce Inlet, sits at the spot where the very first sanctioned NASCAR stock car and motorcycle race occurred – on the beach! Racing took place in 1936 until World War II, and continued with the first Grand National Race in 1948, which was 3.2 and then 4.2 miles in length. In 2007, the site was recognized as a Historic Landmark, and racing memorabilia and an extensive collection of historic photographs can be found in the entrance to the restaurant.

Housed within the former Merchants Bank Building, Daytona Beach’s Halifax Historical Museum can also be found on the National Register of Historic Places. This museum features exhibits about local history and artifacts of the Daytona Beach area – dating back as far as 5000 BC to present day. This includes information from Native Americans, colonial periods, the World Wars, and even the history of racing. Visitors can explore exhibits as well as watch a movie that covers the Halifax area’s unique history.

Voted Daytona’s Best Learning Experience year after year and regularly known as one of the area’s most popular attractions, the Ponce Inlet Lighthouse and Museum is a great place to discover Floridian social and maritime history. It has also been designated National Historic Landmark – one of only 11 towers (out of a surviving 760 lighthouses) in the country – due to our dedication to illustrating the heritage of the United States.

Visit us today to climb our 175 foot lighthouse and observe the beauty of the Florida coast. Once you descend, you’ll have access to all the historical exhibits around the site – including keeper’s dwellings, Cuban rafts, and a lens exhibit. When you’re ready to check out Florida historic sites, plan your visit to the Ponce Inlet Lighthouse and Museum to begin your journey into the past!