5 Florida Fish That Bite in the Fall 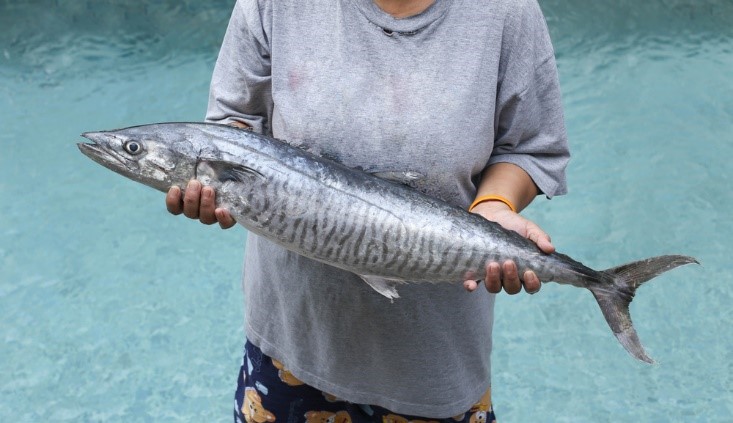 Ponce Inlet offers incredible fishing opportunities due to its unique location on a barrier island, with both inland and Atlantic fishing available in the Halifax River, Indian River, and ocean. This diversity makes the inlet a prime spot to reel in incredible seasonal fish, even rivaling the fishing available in neighboring Daytona Beach. Whether it is charter fishing or casting a line right from the 1,000-foot Ponce Inlet jetty, there is no shortage of ways to snag the fish that are in season this fall. Continue reading to learn which species of fish are biting in the coming months.

This popular gamefish does not have a closed season, but they are most plentiful in our Atlantic waters in the fall months. This species is known to bite at most baits, cooperate relatively well, and make for a delicious dinner! For these reasons, it is no wonder why the spotted sea trout is so popular amongst fishers in autumn. These fish love to prey on shrimp in shallow grass flats, so keep an eye out for submerged greenery if searching for sea trout!

There are numerous species of grouper that are highly prized in the fall. This offshore, bottom-dwelling species moves closer to shore as the temperatures cool down and inhabits shallow reefs and other structures. Due to their large size and considerable strength, grouper are known to put up a good fight that will make the catch that much more memorable! They prefer fresh bait so cast your line over a reef and prepare to hang on.

Fall is the best time to snag a king mackerel from the coastline because this time of year, they are migrating from northern waters towards the Florida Keys. As one of the first species to make this migration, this is the prime opportunity for many anglers to reel in a king mackerel. Notorious for being in a location one day but gone the next, it is optimal to use a networking system with other anglers to stay current of mackerel hot spots.

This species of fish gets its name from its long, pig-like snout and its rooting behavior. Renowned for their delicious flavor, hogfish are growing in popularity amongst anglers due to their bone-white filet meat. They do not typically respond to live bait but they do bite at shrimp, as this species normally feeds on crustaceans in reefs and wrecks. If fishing with hook-and-line, be weary that these fish do not bite at lines often and tend to shy away from the surface – but the reward is worth it!

As fish that are nearly exclusive to the Florida coast, snook are in season from September to mid-December. They are prized by anglers due to their tenacity, size, and the fact that reeling one in is no easy feat. As the fall months are underway, snook have already been feeding for three to four months, meaning that many of these fish will be larger than normal, making for promising trophy catches. The snook population has suffered due to cold weather in recent years, which is why they are catch and release only.

Fall is the premier time to come to Ponce Inlet and cast a line for any of these beautiful and prized species. Many public piers and jetties make fishing convenient for our residents and guests. Do not forget to visit the Ponce Inlet Lighthouse before or after your fishing excursion to catch unmatched sights of the coastline and Atlantic Ocean – and maybe even spot your next fish! Be sure to check Florida's current fishing regulations before casting a line so you know which species are legal to keep.