William Rowlinski, born in Russia in 1833, emigrated to the United States at age 17. Settling in Charleston, South Carolina, he married Mary Jane Rebecca Hilton in 1857. In the Civil War, Rowlinski fought with Confederate forces while his wife taught school. In 1870, the Rowlinskis moved to Salters, South Carolina, where they raised a family of six children. On December 11, 1883, Rowlinski joined the Lighthouse Establishment and was appointed Second Assistant Keeper at the St. Augustine, Florida Light Station. 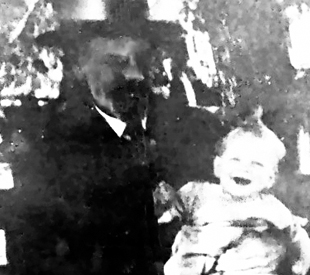 In 1884, he transferred to the Cape Romain, South Carolina, Light Station. In April, 1887, he became first assistant keeper at Cape Romain, and on October 21st, he was appointed "Acting Keeper" for the brand new lighthouse at Mosquito Inlet. On the last day of that year, William Rowlinski received permanent appointment as principal keeper of the Mosquito Inlet Light Station at an annual salary of $720 per year.

The Rowlinskis had a good life at Mosquito Inlet, but Rowlinski found it difficult to get along with his assistant keepers, and in 1893, he was transferred to the Georgetown, South Carolina, Light Station. In 1902, Rowlinski resigned and moved to a house at Mosquito Inlet near his old lighthouse. He lived there until his death on May 29, 1914. He, and many of his family are buried in the Edgewater Cemetery in New Smyrna Beach, Florida. 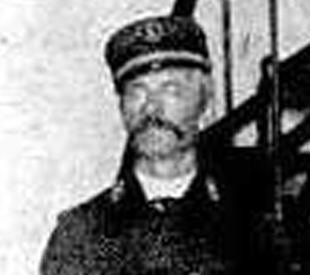 Thomas Patrick O'Hagan was born in New York, on January 10, 1859. In 1876, at age 17, he served briefly as a temporary assistant keeper at the Hunting Island, South Carolina, Light Station. In 1880, he became first assistant keeper at Fort Ripley Shoals near Charleston. In the 1880's, he served at Sullivan's Island and Charleston. In 1886, he married Julia Catherine Schuppe of Winston-Salem, North Carolina. The next year, O'Hagan was appointed principal keeper at the Georgetown, South Carolina Light Station. 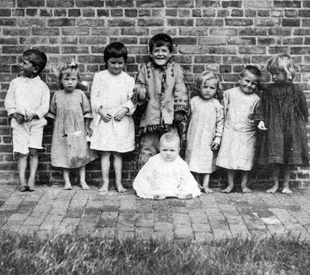 On December 1, 1893, a decision by the Light House Board to swap keepers brought O'Hagan to Mosquito Inlet to replace William Rowlinski. O'Hagan arrived at Mosquito Inlet with his wife and four children. Here seven more children would join the family. On September 23, 1905, O'Hagan transferred to the Amelia Island Light Station near Fernandina, Florida, where he would serve as an award-winning keeper for nearly twenty years until his retirement from the Light House Service on June 30, 1925. Keeper O'Hagan  once admitted that many of his keeper's log entries were made by his wife Julia, since her handwriting was far superior to his. O'Hagan died on November 30, 1944, and was buried in the Bosque Belle Cemetery in Fernandina, Florida. 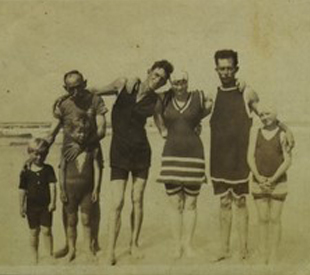 John Lindquist was born in Sweden in 1861. Going to sea at age 15, he sailed around the world twice on sailing vessels. In 1883, while on an English tramp schooner bound for Galveston, Texas, he jumped ship in New Orleans and "became an American." He spent the next ten years in the coasting service and on fishing vessels off Gloucester, Massachusetts. Moving to Charleston, South Carolina, Lindquist signed aboard lighthouse tender Wisteria. Three years later, he went to his first lighthouse position at Cockspur Light on the Savannah River. 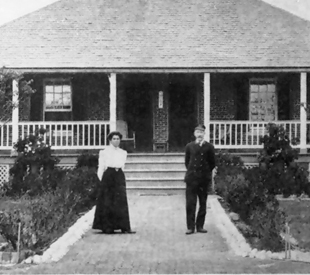 In 1893, he became first assistant keeper at St. Augustine and married Ella Pomar in 1897. Soon, their son, William T. Lindquist was born. In 1901, Lindquist was promoted to principal keeper of the Volusia Bar Lighthouse on Lake George, and in 1905, Lindquist came to Mosquito Inlet as Principal Keeper. At the Mosquito Inlet Lighthouse, Lindquist built his own life-saving boat and made a number of important rescues. In 1914, Lindquist was awarded the Efficiency Pennant and Star for having the best light station in the district. In 1924, he returned to the St. Augustine Light Station, from which he retired on December 31, 1926. He died in 1947, and his wife Ella followed him in 1955. Both, along with their son William T., are buried in the Evergreen Cemetery in St. Augustine. 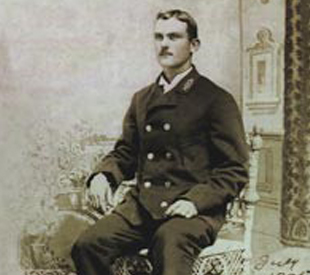 Charles Leslie Sisson was born in Black Hill, South Carolina, on November 25, 1871. After a stint in the army, at 20 Sisson joined the Light House Establishment as an assistant at the Venus Point Light in the Savannah River. In his early career, Sisson served as keeper at many stations in South Carolina, but when he came to the Fort Clinch Range Lights and Tiger Island Range Lights in Cumberland Sound on the Florida-Georgia border, he met his future wife, Ruth Ellen Sharpe, and married her.

Sisson served at the Morris Island Light Station, Hilton Head Light Station, Parris Island Range Lights, and the Haig Point and Daufuskie Island Range Light Station. When the light was discontinued in 1924, Sisson was appointed keeper at the Mosquito Inlet Light Station. During Sisson's short tenure at Mosquito Inlet the Great Florida Land Boom occurred, and electricity came to the light station. A paved road had been built between Daytona and the lighthouse, and deliveries of kerosene fuel for the lighthouse lamp were being made by truck.  In 1925, the oil storage house received two large oil tanks to replace the original shelves. After 1926, Sisson served at the St. Johns River Light Station at Mayport, FL, and the Lower Flats Range Lights in the Savannah River.

In 1932, his wife died tragically in a fire, and the next year, Sisson retired from the Lighthouse Service to raise his children. Charles Leslie Sisson died at the age of 79 in the U. S. Marine Hospital in Savannah on April 4, 1950. He was buried in the Bon-adventure Cemetery in Savannah. 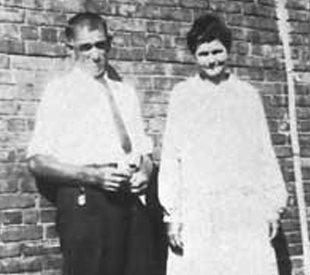 The Mosquito Inlet area was going through dynamic change in the mid-1920's. Major construction was underway in the area, and on June 1, 1927, the name of Mosquito Inlet was officially changed to Ponce de Leon Inlet. The Lighthouse Service agreed to change the name of the light station to match that of the inlet. Butler was often commended for his rescues of many small boats wrecked in the area. In October, 1927, a storm damaged the oil house and the new oil tanks had to be replaced, as did the roof.

In December, 1932, Butler and his family watched as President Herbert Hoover sailed past on the Sequoia. In 1933, the tower light was electrified and a revolving third-order lens replaced the old first-order lens. Keeper Butler took good care of the Ponce de Leon Inlet Lighthouse for 11 years, but finally, in June, 1937, he retired from the Lighthouse Service. He moved with his family to Hawthorne, Florida, where he lived until his death on November 5, 1948. He is buried in the cemetery at Melrose, Florida. 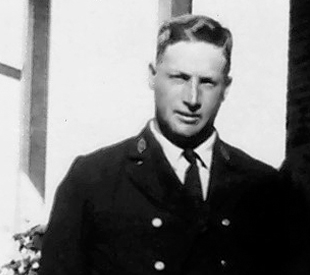 Edward Lockwood Meyer, born on September 14, 1897, on John's Island, South Carolina, joined the Light House Service in 1923 as second assistant at the St. Augustine Light Station. Two years later, he became First Assistant Keeper at the Mosquito Inlet Light Station. With him were his wife, Ellen Mary, his two young sons, Edward, Jr., and Jack, and daughter Betty. A second daughter, Gladys, was born at the Light Station and would become a life-long resident of Ponce Inlet. Meyer proved conscientious and heroic on a number of rescues and was often commended by the Bureau of Lighthouses.

In 1939, the Lighthouse Service was merged with the Coast Guard and Principal Keeper Meyer opted to enlist instead of retiring. He continued to serve as the keeper of the Ponce Inlet Light Station with the rank of Chief Petty Officer and the title of Officer in Charge (OIC). Chief Meyer remained at the Ponce Inlet Light Station for half of World War II before being transferred to the Sombrero Key Lighthouse in December, 1943, and later to the Dry Tortugas. Retiring from the Coast Guard in 1945, Chief Meyer returned to Ponce Inlet where he ran a well-known fish camp a stone's throw from his beloved lighthouse until his death on October 9, 1957.

Lighthouse Keepers Who Served at The Mosquito/Ponce Inlet Light Station