Get to Know Ponce Inlet Wildlife 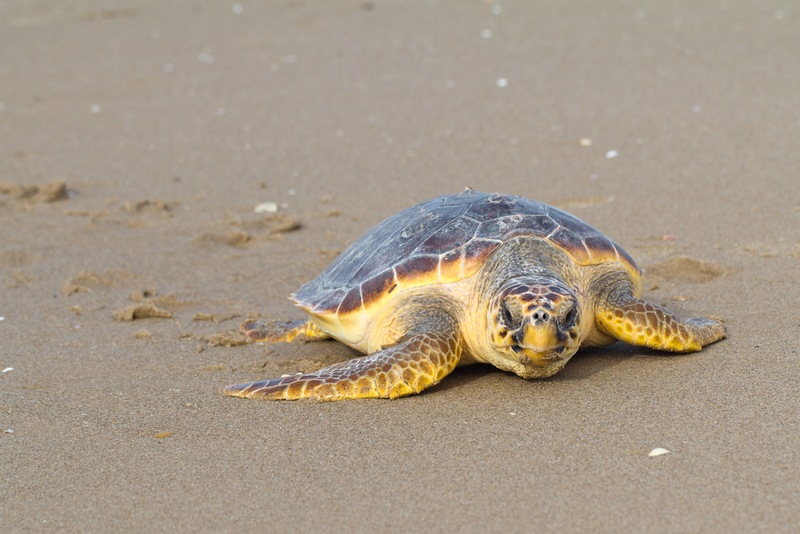 One of the best reasons to visit the Ponce Inlet Lighthouse and its beautiful neighborhood is to get in touch with some of Volusia County’s amazing wildlife. The diverse ecosystems of the area are host to a wide array of animals that we love to protect and enjoy. The following are some of the wonderful animals that you’ll have a chance to see next time you visit Ponce Inlet.

One of the five species of sea turtles native to the greater Florida area, the loggerhead sea turtle is an endangered species that is named for its relatively large head and strong jaws that enable them to feed on hard-shelled prey. The loggerhead features a heart-shaped and reddish-brown top shell and females may give the impression of “crying” due to salt glands near their eyes that excrete the extra salt from the sea water they drink. They were once hunted for their eggs and leather production, and are now under federal protection. The loggerhead is the most common sea turtle in U.S. coastal waters, so be sure to keep your eyes turned towards the sea!

Like the loggerhead sea turtle, the beautiful piping plover is an endangered species that has suffered from habitat loss, disturbance, and predation. Their sandy gray plumage allows them to blend in seamlessly on the beach, their natural habitat, and they become much easier to notice when they scurry down the beach on their orange legs. Though lovely to the eye, the piping plover likes to keep a careful distance from any unexpected guests, and if you approach one that starts loudly calling or feigning an injury, it may mean that a nest is nearby. If you happen to see any of our piping plovers, please enjoy them from a safe distance.

Though once endangered in the 1980s, the brown pelican population has since recovered and is very common to our area. Easily identifiable by their long and narrow bill, yellow head, and dark body, the brown pelicans can most often be seen gliding above the surf of the oceanwater looking for prey. They feed by plunging into the water and using the sudden impact to stun small fish and scoop them up in their bill. Brown pelicans are a bit vulturous in nature as they often follow fishing boats in hopes of stealing an easy snack and, ironically, often have their own catches stolen right from inside their bills by sneaky gulls.

Typically thought to be seen near the beach, spotted sandpipers are actually most often spotted around the shores of lakes, rivers, and streams. Their white, spotted bellies make them easy to pick out, and also enable them to court and breed with potential mates. In flight, the spotted sandpiper is easy to pick out by its stuttering wingbeat, and when on the ground, it has a teetering motion in its strut with a not-yet discovered functionality. These traits make the spotted sandpiper easy to distinguish amongst its less distinct cousins, making it an incredible ambassador for shorebirds.

To learn more about the precious wildlife native to our area, visit the Marine Science Center right around the corner from the Lighthouse for more fun and interactive learning experiences.