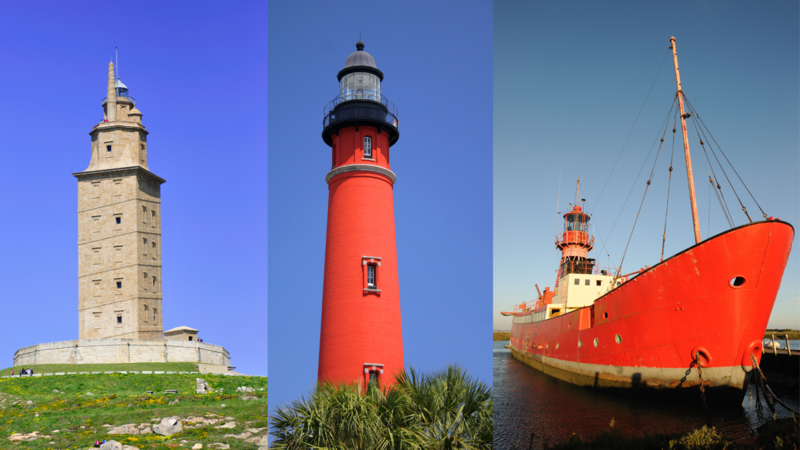 Celebrate International Lighthouse and Lightship Day on the third weekend in August with The Ponce de Leon Inlet Lighthouse & Museum. Explore the unique role lighthouses and lightships have played in the development of safe maritime commerce around the globe!

Did you know that Ham Radio Operators had a lot to do with the start of the International Lighthouse and Lightship Weekend (ILLW)?  First celebrated in 1998 as the Scottish Northern Lights Award run by the Ayr Amateur Radio Group; it is now one of the most popular international amateur radio events in existence.

The International Association of Lighthouse Keepers made the decision to have an annual open day for lighthouses all around the world during this designated weekend. The event was established to encourage visitors to explore the history of light stations and realize their important role in navigation and cultural growth.

These Lights are not just navigational aids. Lighthouses and Lightships have great structural significance as well.  Artifacts of cultural development, these beacons often outlasted their builders for years, even millennia. The Pharos of Alexandria is commonly regarded as the world’s first lighthouse. It took 12 years to build and was constructed of marble blocks with lead mortar.  It was considered one of the Seven Wonders of the World in the Hellenistic period.  It is believed to have been constructed during the third century B.C in Alexandria, Egypt on the Pharos Island.  Invaders and earthquakes damaged it over the years until it was demolished by an earthquake in the 14th Century.

Numerous Lighthouses and Lightships exist all over the world.  These navigational beacons are located mostly near the coasts and rivers of Africa, Australasia, Asia, Europe, and the North and South Americas. The oldest lighthouses can be found in Europe.  The Tower of Hercules, an ancient Roman lighthouse in northwestern Spain, was first constructed during the 2nd century.  This is the oldest lighthouse known to still be standing today.

The History of Lightships

Lightships came about late in the history of aids to navigation. The first lightship was located at the Nore Sandbank in 1731 at the confluence of the Thames and Medway Rivers in England. It was common practice for the owners of lightships to collect dues from those who used it.  By the end of the 18th century, England had five active lightships.

During the 19th century, the use of lightships to navigate through dark waters spread to other nations.  Canada, France, the Netherlands, and the U.S. used lightships more frequently during this time.  By 1827 the U.S. had 26 active lightships. This number eventually grew to 53 vessels in service.   Some lightships were stationed in the ocean to guide shipping traffic into and out of the New York Harbor.

Increased technology has diminished the need for lightships over the years.  The “Texas tower” type of lighthouse replaced many East Coast lightships in the United States.  Large navigational buoys (LNB) have come to replace many others. By 1985, Great Britain had only 18 lightships, reduced from 45 just 10 years prior.  Many lightships are now preserved in museum settings where they are popular visitor attractions.

Come celebrate International Lighthouse and Lightship Day with us on August 22nd, 2021.  Discover history as you climb 175 feet (203 steps) to the top of Florida’s tallest Lighthouse! Visit the Lighthouses of the World interactive exhibit to learn more about the lighthouses in different parts of the world.