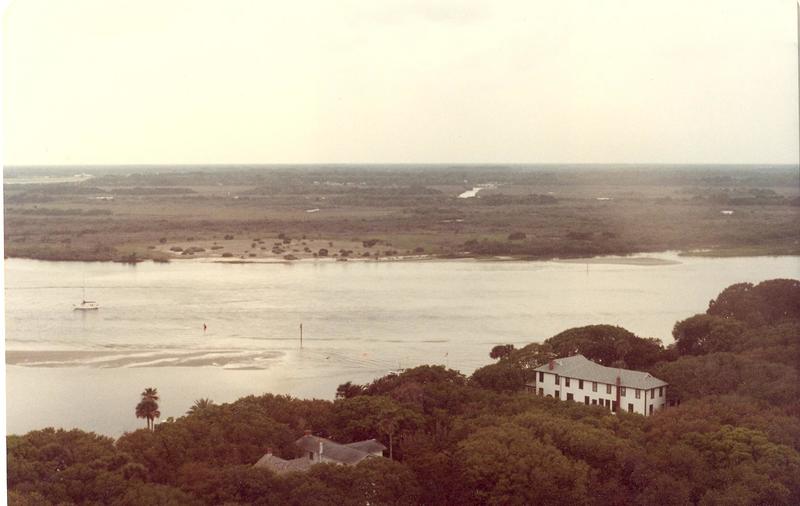 The Ponce De Leon Inlet Lighthouse Preservation Association is pleased to announce its entry into a formal agreement with the Paul B. Hunter and Constance D. Hunter Charitable Foundation in support of the Pacetti Hotel.

The historic hotel was originally constructed in the early 1880s by Bartola and Martha Pacetti who were direct descendants of Minorcan settlers who helped establish the New Smyrna colony in 1763. The partnership between the Preservation Association and the Foundation secures naming rights for the Pacetti Hotel Museum in memory of Mrs. Constance D. Hunter in exchange for the Foundation’s generous financial contribution in support of the Association’s efforts to restore, preserve, rehabilitate, and develop the historic property.

Double your donation to the Pacetti Hotel before the close of the 2020 tax year! In addition to its generous contribution, the Hunter Foundation has also pledged to match all additional hotel donations up to a combined value of $250,000. This offer is a wonderful opportunity for anyone looking to maximize the funding potential of their contribution in support of the Pacetti Hotel project. Any donations made in support of the Pacetti Hotel will be matched one-hundred percent by the Foundation, effectively doubling the value of your charitable gift. Best of all, your donation may qualify as a charitable write-off on your 2020 taxes!

HOW DONATIONS ARE USED

Your donation will help fund the preservation, restoration, rehabilitation, and development of the historic Pacetti Hotel. The goal of the Ponce De Leon Inlet Lighthouse Preservation Association is to preserve the property’s historic structures indefinitely. Your financial support will help us in these endeavors.  In addition to simply restoring the historic site and preserving it as a monument to Ponce Inlet history, rehabilitation work will also be completed to convert the building for use as a public history museum.

Work already completed on the Pacetti Hotel includes: sanding and sealing of the original heart pine floors, repairing the lattice on the base of the building, restoration of the historic sheds located to the north of the hotel, installing new roofs on three of the property’s structures, general landscape maintenance, and various other projects. Your much-appreciated donations will help fund the Association’s ongoing efforts to preserve, restore, rehabilitate, develop, and ultimately open the Pacetti Hotel to the general public in the near future.

Donations can be made in person, online, or through mail in variety of ways.

Regardless of how you donate, or how much, we at the Ponce De Leon Inlet Lighthouse Preservation Association would like to sincerely thank all those who contribute to the cause of preserving our local history. It is both an honor and a tremendous responsibility to be able to ensure that future generations can visit the sites that helped shape our community from the very beginning.

We encourages anyone interested in donating to the Pacetti Hotel or learning more about the Association’s plans to preserve, restore, rehabilitate, and develop the Pacetti Hotel Museum in partnership with the Hunter Foundation to contact Executive Director Ed Gunn by phone at (386)761-1821 ext. 15 or via email at edgunn@ponceilet.org. Thank you for your support.

A Brief History of the Pacetti Hotel

Commonly referred to as the Pacetti House, Pacetti Hotel, or Pacetti Boarding House; the history of this 135-year-old structure, the land it sits on, and the lives of those who built, lived in, and frequented it, is directly linked to that of the lighthouse, its keepers, and the families who once called the light station home.

Portions of the existing Pacetti Hotel are believed to date to the mid-1860s when Bartola Pacetti constructed a small two-room house for his wife Martha on the north bank of Mosquito Inlet using timbers and other ship debris that washed ashore nearby. This small family home was transformed into the Pacetti Hotel in the mid-1800s using $400 that the Pacetti’s received from the sale of ten acres of land to the US government for a new light station at Mosquito (now Ponce De Leon) Inlet.

The hotel was an immediate success. By 1900, the hotel had grown to include numerous guest bedrooms, a large kitchen, a parlor, dining hall, and a sweeping front porch that afforded visitors an unobstructed view of Ponce Inlet and the Halifax and Indian Rivers. Travelers and outdoor enthusiasts from across the country flocked to the world-famous fishing resort; attracted not only by glowing reports of the establishment's knowledgeable fishing guides, but Martha's reputation as an excellent cook and hostess as well.

Martha Pacetti died in 1917 at the age of 73. Following her death, the popularity of the Pacetti Hotel steadily declined, and the hotel slowly fell into a state of disrepair. Olivia Gamble, daughter of James Gamble, purchased the derelict property in 1936 in the memory of her father who loved to visit the Ponce Inlet area. Olivia is credited with saving the historic structure by financing extensive repairs to the hotel that she later used as a guest house for her family and friends.

Cincinnati socialites Carl Louis Nippert and his wife Louise inherited the Pacetti property from Olivia Gamble after her death in 1961. The Nipperts frequented the Pacetti Hotel on many occasions and were considered warm, welcoming, and well-respected members of the local Ponce Inlet community. In addition to inviting friends to visit the hotel for dinner parties and relaxing stays, the couple also opened their doors to the entire roster of their professional baseball team, the Cincinnati Reds. Ownership of the Pacetti Hotel was transferred to couple’s charitable Greenacres Foundation in 2012 following Mrs. Nippert’s death. The historic property was purchased by the Ponce De Leon Inlet Lighthouse Preservation Association in October, 2019.

The Preservation Association's Board of Trustees views the acquisition of the Pacetti Hotel as a rare once-in-a-lifetime opportunity given its strong connection to both the lighthouse and local community. The Association’s ownership of this important cultural site will not only save one of Volusia County's most endangered historic places, but significantly enhance the museum's ability to interpret the Ponce de Leon Inlet Light Station in more meaningful detail. The hotel was officially added to the National Register of Historic Places on November 23, 2020.